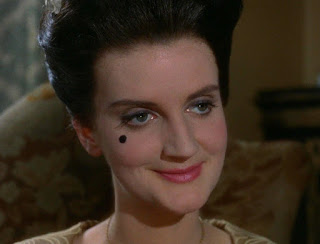 See her in such diverse fare as 'Jeeves & Wooster', 'Coronation Street,'Gimme Gimme Gimme' and even an episode 'The Beverly Hillbillies'. She also holds the distinction of appearing in both 'The Adventures of Sherlock Holmes' with Jeremy Brett, and 'Sherlock' with Benedict Cumberbatch.

And this bizarre waste of talent; a sort of American 'Carry On'.