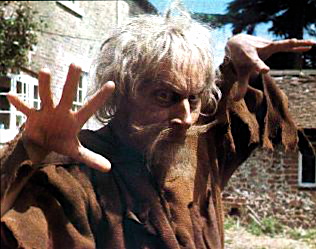 Although a superstar of children's TV in the '70s thanks to his tour de force portrayal of time-travelling wizard 'Catweazle', and later as the cosily sinister Crowman in 'Worzel Gummidge', he also performed in dozens of classic TV series and a few feature films. With his cadaverous appearance and gimlet stare, he often played officious clerks, dry churchmen and the occasional foreign criminal, in shows like 'The Saint', 'The Avengers', 'Black Beauty', and 'Van Der Valk', and was splendidly sleazy as Mr Ganglion in 'Blott On The Landscape'. 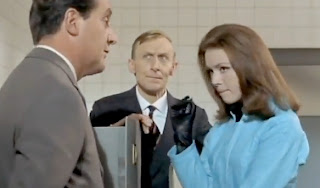 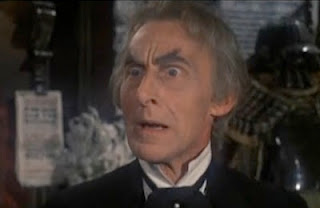 (In the morgue with Steed and Mrs Peel in 'The Avengers'; and as the vendor of authentic vampire accoutrements in the 1972 film, 'The House That Dripped Blood')

A legend. This is why.