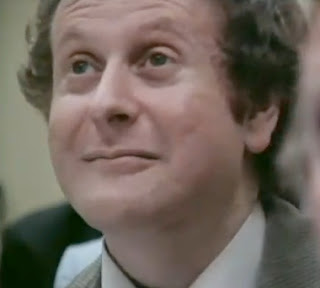 A versatile humourist and yet another alumnus of the Cambridge Footlights in the golden days of the early-'60s , he's now better known as a writer and director than as an actor – his satirical 'Yes, Minister' (with co-writer Antony Jay) eclipsing his earlier workaday efforts with 'On The Buses', the Robin Nedwell 'Doctor...' series, and 'Nearest & Dearest'. His directorial talents have been employed at home and in Hollywood, on films including 'Nuns On The Run' (1990), 'The Whole Nine Yards' (2000), 'My Cousin Vinny' (1992) with Joe Pesci, and the ill-starred 'Sgt Bilko' (1996) with Steve Martin in the Phil Silvers role.

He is also a first cousin of the neurologist Oliver Sacks, author of 'Awakenings' and 'The Man Who Mistook His Wife For A Hat'.

As an actor, you might remember his cheeky, newborn chick features from TV gems like 'The Knowledge', 'Bar Mitzvah Boy', 'The Liver Birds' and 'Colditz'. Or perhaps as the window cleaner who gets the wrong idea when Barbara suggests 'some other way to pay' in 'The Good Life' (pictured above, considering the possibilities). Or movie bit parts in 'Prudence & The Pill' (1968), 'Breaking Glass' (1980) and 'The House That Dripped Blood' (1971). Or you might not.