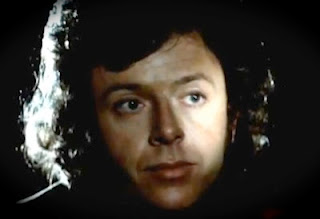 Ray Brooks:
'As if by magic, the shop keeper appeared.'

Possibly the great tragedy of Ray Brooks's career is our impermeable national affection for the kids' TV classic 'Mr Benn', a short 1971 series of five-minute illustrated stories about a nice ordinary man who tries on fancy dress costumes and has surprising adventures. Despite Mr Brooks's good looks and mellifluous voice, he seems to have been excluded from the meatiest dramatic roles by the resonances of Festive Road.

Perhaps not. He was solid, rather than outstanding, in a decent run of '60s TV cult faves, from 'The Power Game' and 'Emergency Ward 10' to 'Danger Man', 'The Avengers', a nice episode of 'Randall & Hopkirk (Deceased)' in which he appeared as a bogus Marty Hopkirk, and as Reg in the groundbreaking Wednesday Play 'Cathy Come Home'. He also played shady young nightclub impressario Norman Phillips in 'Coronation Street' in a couple of 1963/64 beat-boom storylines. He hit the cinema screen in Michael Winner's 'Play It Cool' (1962) with Billy Fury, before graduating to oddball mod lothario Tolen in 'The Knack... And How To Get It' (1965) and Peter Cushing's dynamic assistant in 'Daleks Invasion Earth 2125' (1966).


For whatever reason, the '70s and '80s seem a bit bare in comparison. He appears in 'Carry On Abroad' (1972), and the Brit schlockers 'The Flesh & Blood Show' and 'The House Of Whipcord' (1974), and on TV in a few shows of the 'Softly Softly' calibre, before lending his voiceover talents to the sub-Mr Benn antics of fairytale half-wit 'King Rollo'. In 1984 came 'Big Deal', and a starring role as seedy gambler Robbie Box, in which he finally threw off the Mr Benn millstone, but largely failed to capture the public's affection. Since then, not much. A long stint in 'EastEnders' as Pauline Fowler's love interest, Joe, ended badly when he caused her death by hitting her with a frying pan. He later fell out of a window after a fatal showdown with Dot Cotton…

I imagine he kept the frying pan. To help him remember.