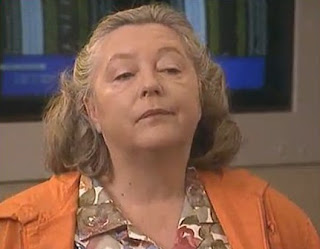 Okay, so here's someone who is perhaps not so very unknown. Yes, it's Hyacinth's sister Daisy: possessive snuggler of Geoffrey Hughes' s Onslow in 'Keeping Up Appearances', and as it transpires, a very accomplished and respected figure in the acting profession. You've seen her in TV dramas like 'Mill on the Floss', 'Persuasion', 'David Copperfield' and 'The Good Companions'. And she's had a regular role in 'EastEnders' as Queenie Trott, the horrid mother of jokey storyline (and eventually murder) victim Heather Trott.

Originally a dancer, she's swished dynamically from dolly-birds and parlour maids to matrons and matriarchs with some style. I can't remember (even though the theme tune was one of my favourite bits of library music) the comedy series 'Moody & Pegg' in which she starred with the late Derek Waring, but her name has been no stranger to the Radio Times and TV Times. See, for example: 'Doctor Who', 'Bergerac', 'Rumpole of the Bailey', 'Boon', and no less than three guest spots in 'Doctors'. 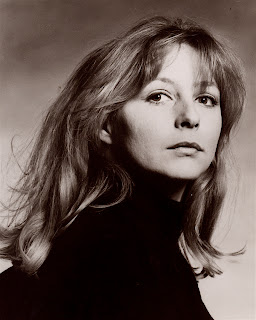 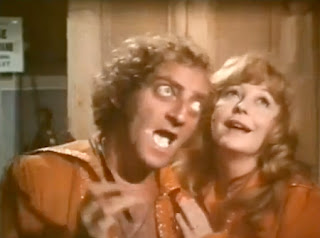 On the big screen there was Marty Feldman's anarchic advertising satire 'Every Home Should Have One' (1970), she played Filligree Fondle in the psychedelic Anthony Newley and Joan Collins sex-comedy 'Can Hieronymous Merkin Ever Forget Mercy Humppe and Find True Happiness?' (1969), and was in the rather more thoughtful 'Two for the Road' (1967) with Audrey Hepburn and Albert Finney. 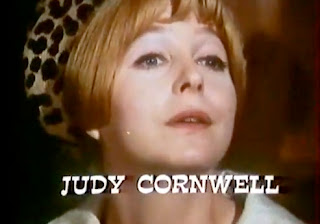 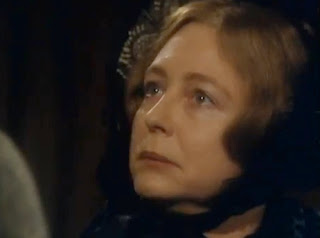 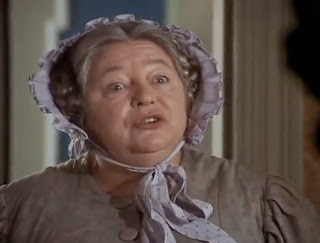 Email ThisBlogThis!Share to TwitterShare to FacebookShare to Pinterest
Labels: 2 for the Road, Daisy, Every Home Should Have One, Hyacinth, Judy Cornwell, Keeping Up Appearances, Mercy Humppe, Mill on the Floss, Onslow