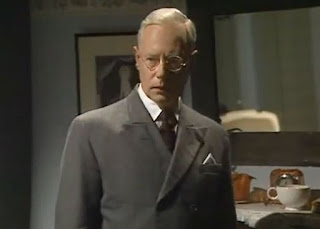 Neat and precise, in a sinister, ruthless sort of way, Clifford Rose will forever be associated with the role of Kessler of the Gestapo in the '70s TV drama 'Secret Army', now difficult to watch after years of gormless lampooning in 'Allo Allo'. So compelling was the character, however, that there was also a spin-off, 'Kessler' which saw him as a Nazi war-criminal businessman in South America, being hunted down by former members of the Resistance.

Before Kessler, he played a number of TV roles including Dr Snell in 'Callan' and as the ambitious journalist Quintus Slide in 'The Pallisers', as well as appearing in 'Softly Softly', 'Warship', 'Van der Valk', 'Follyfoot', 'Doctor Who' and the star-studded series of Lord Peter Wimsey stories from 1972, 'The Unpleasantness at the Ballona Club'.


Post-Kessler, he was seen in a steady stream of decent mid-table stuff including 'Inspector Morse', 'Minder', 'Oxford Blue', 'G.B.H' and 'Foyles War'.