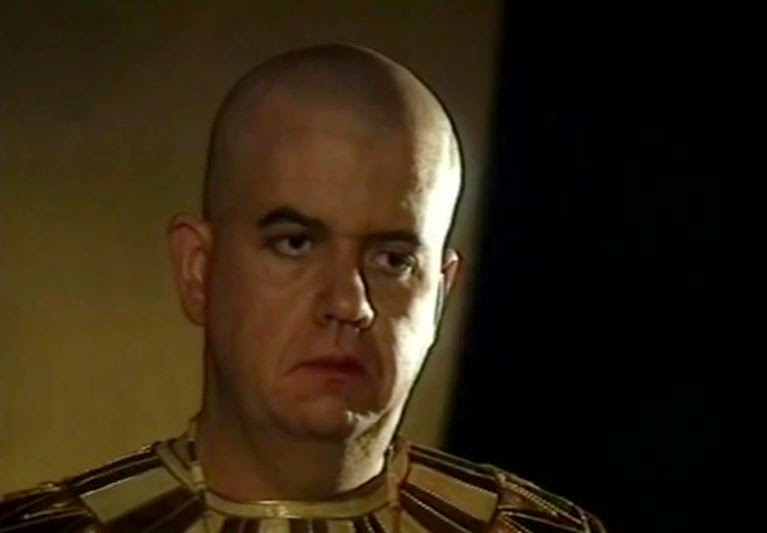 Ian McNeice:
Over the years, Ian McNeice has physically expanded to something like Fred Emney proportions, but his cold, regarding eyes have kept him well supplied with roles on the slightly sinister side of the street. Graduating from LAMDA and joining the RSC in the early '70s, he made a breakthrough into TV with the newly-created Channel 4's star-studded 'Nicholas Nickleby'. There followed a role in the also ambitious, but now horribly dated 1983 mini-series 'The Cleopatras'.
The mid-'80s saw him hit the big screen, in comedies like 'Top Secret!' (1984), 'Personal Services' (1987), and 'Whoops Apocalypse' (1988), but also in dramas such as '84 Charing Cross Road' (1987), Cry Freedom' (1987) and with Bob Hoskins in 'The Lonely Passion of Judith Hearne' (1987) and 'The Raggedy Rawney' (1988).
Television also beckoned, with light everyday fare ranging from 'Bergerac' and 'CATS Eyes' to 'Lovejoy' and 'Minder'. There's also a fair bit of detective doings, including 'Cadfael', 'Midsomer Murders', 'Murder Rooms: The Casebook Of The Real Sherlock Holmes' and Jonathan Creek. Perhaps more impressively, there was the memorable double act with Charles Kay in the acclaimed conspiracy drama 'Edge Of Darkness'.