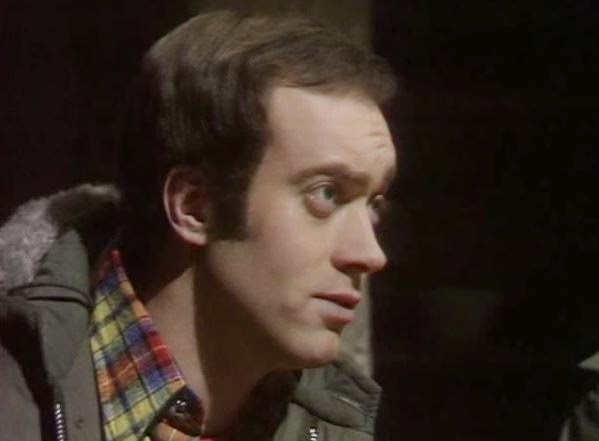 Dark haired (now distinguished grey) and rheumy-eyed, with a hint of sophisticated malfeasance and 'mwah-ha-ha', Nickolas Grace has played wonderful mixture of mainly villainous and disreputable characters over the years. He's possibly most familiar for his masterful turn as the Sheriff of Nottingham in 'Robin of Sherwood' or as the impossibly louche Anthony Blanche in 'Brideshead Revisited'.
There has been a strong thread of comedy shows down the years. These range from the rather mundane to the quite strange, eg: 'The Fenn Street Gang', 'Birds Of A Feather', 'Alas Smith & Jones', the peculiar medical-themed sketch revue 'The Pink Medicine Show', the wilfully bizarre 'Inside Victor Lewis Smith' and the successful sitcoms 'My Family' and 'Absolutely Fabulous'.

But drama has always been to the fore, with roles in quality costume stuff such as the Pre-Raphaelite shenanigans of 'The Love School', 'Napoleon & Josephine' (as Nelson), 'Morte D'Arthur', 'Decline and Fall', 'The Adventures Of Sherlock Holmes', 'Casanova', 'Merlin' and a bravura title turn in 'Lorca, Death Of A Poet' which he acted in English with a Spanish cast and production company and was later re-dubbed.


Crime, political intrigue and action shows have included 'The Survivors', 'The Final Cut', 'The Chief', 'The Professionals', a smattering of 'Marple', 'Alleyn', 'Midsomer Murders'-type mid-evening mysteries, and light dramas of the 'Lovejoy', 'Minder' and 'Bergerac' ilk. He also pops up in the cult Gerry Anderson flop 'Space Precinct' and the critically acclaimed 'Killing Eve'. He's a respected stage actor and director, but what seems to come over on the screen is an almost irresistible sense of enjoyment and relish for every role, however meaty or slight. A craftsman.