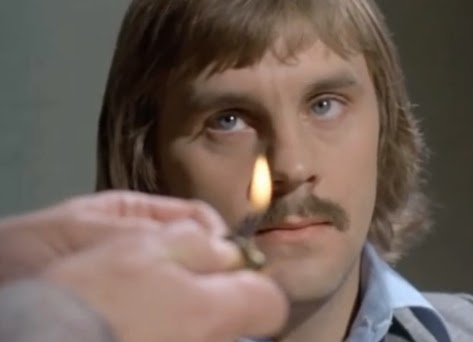 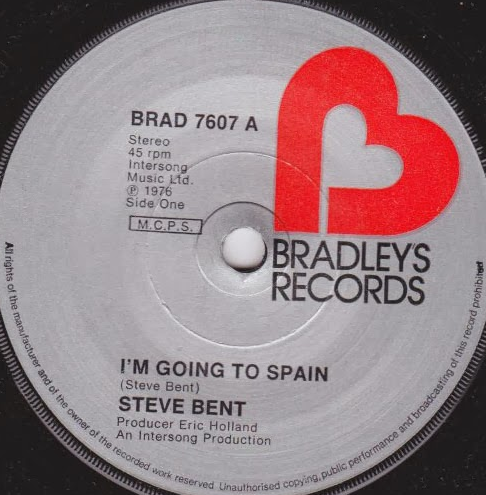 Apart from being the genius behind this classic single, he's a rarely-idle character actor with a stocky build, and often a droopy moustache, who has been spotted in an impressive  array of comedy and drama on our screens over the years. To give you an idea, he's been in 'Doctors' about once every couple of years, playing six different characters so far.


In the '70s he was typically cast as a long haired youth, in the likes of 'Follyfoot', 'The Lovers', 'Z Cars' and Jack Rosenthal's amateur football play 'Sunday Morning and Sweet FA', but as he filled out a little he became associated with a string of parts as workmen, uniformed plod, barmen, prison warders, petty criminals and shortlived boyfriends in shows including 'The Sweeney', 'The Professionals', 'Angels', 'Target' and 'The Liver Birds'. 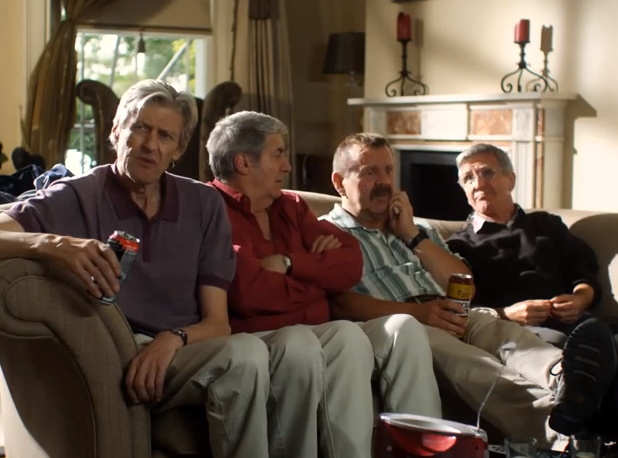 In 'City Slacker' (2012), wedged between Tom Conti and Christopher Ryan

In the '80s he seemed to be in almost everything: 'Minder', 'Bergerac', 'Lovejoy', 'Tales of the Unexpected', 'Juliet Bravo', 'Brush Strokes', and 'Casualty'.  Then there were the soaps of course, a fairly full set of 'Crossroads' (ATV were connected via the show 'New Faces' to the Bradley's record label who released 'I'm Going To Spain'), 'Coronation Street', 'EastEnders' and latterly 'Emmerdale' in which he played the seemingly ordinary chap who turns out to be a rapist, Derek Benrose. Since then, you can add 'Truckers', 'My Family', 'Wire In The Blood' and 'Life On Mars' among others.

But mainly, this:
'I'm Going To Spain'