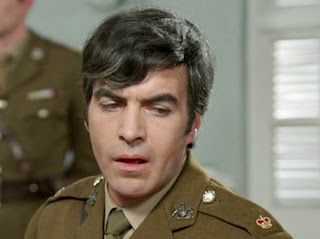 Dark, broodingly handsome Scots actor, largely associated with his memorable portrayals of the poet Robert Burns. His lasting association with Burns began in 1965 with Tom Wright's solo play "There Was A Man" at the Traverse, Edinburgh, and at the Arts Theatre, London. From Burns, he moved on to other solo pieces on William McGonagall, Robert Service and Robert Louis Stevenson.

Though his movie career began in the mid '50s, it appears that his TV heyday was probably the mid '60s to late '70s, after which he moved to New Zealand. His many television parts include other literary figures, like Branwell Bronte and Edgar Allan Poe, and other famous Scots, like Robert the Bruce. He has featured in programmes as varied as 'Dr. Finlay's Casebook', 'Secret Agent', 'The Avengers', 'Man In A Suitcase', 'Jackanory', 'The Persuaders', 'Elizabeth R', and 'Taggart'. He'd probably be better known if the BBC hadn't wiped his starring role in the 1966 Scottish drama series 'This Man Craig' in which he played an idealistic teacher. (Incidentally, his son in the programme was played by the young Brian Pettifer, saluted here earlier.)