This sturdy Wearsider has played countless coppers, aldermen, landlords, country squires and bluff northerners... See, for example, Matt Headley in 'When The Boat Comes In'. Also 'Doctor Who', 'The First Great Train Robbery', 'McVicar', 'Reilly Ace Of Spies', and a stint in 'Coronation Street' in the '90s (the storyline involving Curly Watts and the girl who ended up dead in the freezer...).

Malcolm Terris - imdb profile
Posted by fiftywatts at 06:33 No comments: 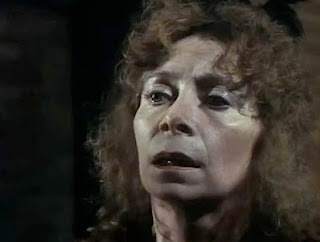 
Petite veteran actress, familiar from an impressively wide range of television roles. She joined the cast of 'Coronation Street' from 1961-64 as factory girl Doreen Lostock, and went on to appear a remarkable assortment of programmes. There can't be many actors who can say they appeared in 'Hancock's Half Hour' and 'Star Cops'.

Other TV credits include  'Last of the Summer Wine', 'One Foot In The Grave', 'Between The Two of Us', 'North and South', 'Bleak House', 'Bingo', 'Alas Smith and Jones', 'The Ruth Rendell Mysteries', 'Casualty' and 'Star Cops'. She played Ronnie Birtles's mum in 'Grange Hill', and shows up in such varied fare as 'Doomwatch', and kids comedy 'Potter's Picture Palace'


Trivia: She apparently played truant from school to make her professional debut on stage in 'Jane Eyre', and is still an authority on the Brontës and a trustee of Haworth parsonage. 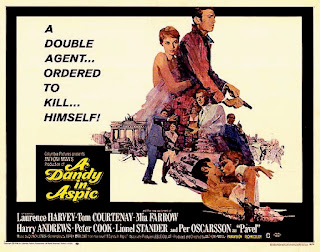 It seems a little strange that this fascinating little spy movie with a dynamite cast should have slipped under the radar for so long. Lawrence Harvey stars as Eberlin, an MI5 agent sent to Berlin to uncover and eliminate a Russian infiltrator among his British network, the difficulty being that actually he's the double agent they're after.

Harvey's cold professional runs into waif-like poppet Mia Farrow (pulling off a very creditable posh-trendy British accent) who then tags along, complicating his assignment in a rather off-hand romantic fashion. All shot on location in London and Berlin, with a subtle, cimbalon-heavy soundtrack by Quincy Jones, no less. It should be a solid-gold cult classic, right up there with 'The Ipcress File' or even 'Get Carter'.

I'd guess that Lawrence Harvey's pained, pompadoured performance is a little too chilly to gain much sympathy from the audience, along with his dreary motivation to retire from spying and go home to quiet retirement in the East, which is probably why it remains more of a curiosity than a cult classic. (He ended up directing the film when Anthony Mann died part way through filming, so maybe his mind was really as distracted as it seems on screen.) The real pleasure of the film for me is in the supporting cast. Tom Courtenay as a zealous intelligence operative fast-tracked for big things; the whiskered giant Harry Andrews as their boss; a collection of seemingly bumbling British agents in trilbys and brown raincoats played by the likes of Geoffrey Bayldon, Norman Bird and John Bird. There are also honourable mentions for Lionel Stander (Max from 'Hart to Hart'), a young Richard O'Sullivan, Mike Pratt ('Randall & Hopkirk Deceased') with a shockingly bad mittel-European accent, and the venerable Michael Trubshawe who played Lord Dowdy in 'Bedazzled' (1967) ...

... And while we're on the subject of 'Bedazzled', I have to salute Peter Cook as Prentiss. Notoriously wooden with other people's lines, he was definitely not a natural actor and yet he is cast to perfection in this as the ultimate public schoolboy turned spy. Flippant, randy and nursing a hangover, but also a ruthless and unquestioning tool of the establishment. I'm sure he enjoyed the satire he injected with his relaxed portrayal of British intelligence as a gentleman's club, in contrast to the tense worriers among his MI5 and KGB fellows. Top notch. 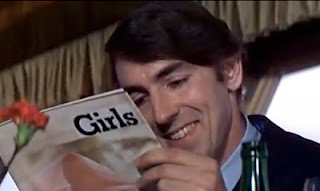 It's well worth an hour of your time on a rainy Sunday afternoon.
You can see the whole film on YouTube here: 'A Dandy In Aspic'


Thanks to Chris Berthoud for the nudge.
Posted by fiftywatts at 10:19 1 comment: The sandy-haired and usually horn-rimmed Mr Simeon was once a solid regular of British TV, turning up in an assortment of middling comedies and dramas throughout the '70s and early '80s, after getting of to a good start with a decent part in the now-lost 1967 TV series of 'Sexton Blake'. He was one of the key members of the teatime comedy show 'End of Part One' alongside the over-excitable Denise Coffey and kids favourites Fred 'Ragtime' Harris and Tony Aitken, and played the straight man in sketches for comedians as diverse(?) as Dick Emery and Lenny Henry. His sitcom work is a bit patchy: from top-notch stuff like 'Fawlty Towers', 'The New Statesman' and 'Ever Decreasing Circles', to schedule-fillers 'Birds of a Feather' and 'Sykes', and a lot of rubbish along the lines 'Rings on their Fingers', 'The Many Wives of Patrick', and the abysmal Leslie Phillips vehicle 'Casanova '73'. 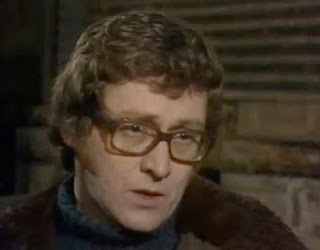 On the drama front, he shows up in ho-hum '70s cop soaps 'Z-Cars', 'Hunters Walk', and 'Special Branch', and the obligatory 'Dr Who' or two ('The Daemons' and 'Inferno'), and appears for an instant in the famously hard-boiled (or gratuitously violent) Brit 1969 gangster series 'Big Breadwinner Hog'. After all that comes the wasteland of '80s hospital and courtroom tosh: 'Angels', 'The Bill', 'Casualty' and 'Doctors'. A rare starring role comes in Nigel Kneale's 'Murrain', a segment of the interesting drama series 'Beasts'. 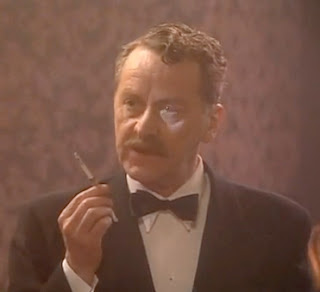 He hasn't hit Hollywood, or even Borehamwood, in a big way, but minor credits include 'A Fish Called Wanda' (1988), 'Sweet William' (1980) and the interesting-sounding 'Freelance' (1971), a gangland thriller starring Ian McShane and with a soundtrack by Basil Kirchin. 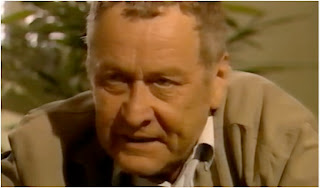 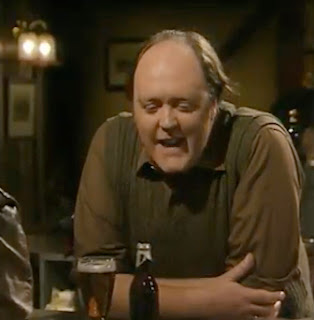 Hefty, 6'3" London-born actor, pretty much specialising in gormless goons, whose longest-running role is probably as Elmo the barman in the '80s-'90s sitcom 'Brush Strokes'. He also played the dimwitted Blag in 'Chelmsford 123', and Rabies in the larky kids' series 'Maid Marian & Her Merry Men'. A stalwart of TV cop shows and comedies, he pops up in episodes of 'The Bill', 'Minder' and 'Widows' as often as 'Black Adder', 'Open All Hours', The Magnificent Evans' and he was also the memorable Uncle Idris in 'My Family'. 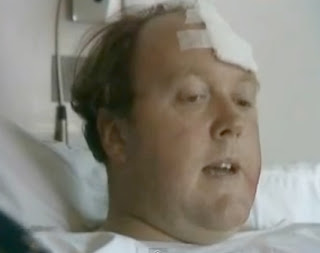 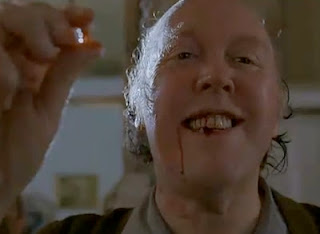 His film career has largely been a string of bit-parts, albeit in some fairly big movies. For example 'Brazil' (1985), 'Robin Hood: Prince of Thieves' (1991), 'Chaplin' (1992), 'Shadowlands' (1993). He has also been in some variably interesting low-budget British efforts including the comedy-gangster picture 'The Baby Juice Express' (2004), acclaimed b&w short 'Zoltan the Great' (2005), and the Texas Chainsaw Massacre meets League of Gentlemen-style UK horror, 'Small Town Folk' (2007). 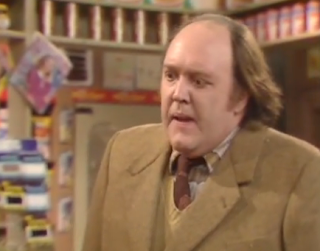