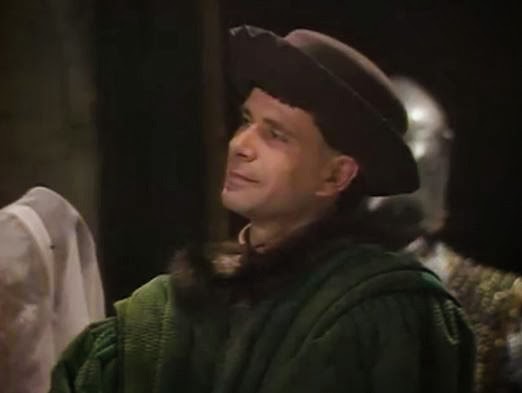 A trim and businesslike character actor, probably still familiar to many as Edmund's elder brother, the smug Prince of Wales in the first incarnation of 'The Black Adder'. By that time (1983), Robert East had been seen in a fair number of television roles. He was in the BBC's 1972 adaptation of 'Emma' as the rakish Frank Churchill, and in 'Warship', 'Churchill's People', and 'Napoleon and Love'. A smattering of comedy parts includes; 'Dave Allen at Large', 'Moody & Pegg', 'Happy Ever After' and the long-lost Stephen Potter-inspired comedy 'One-Upmanship' with Richard Briers and Peter Jones.

As he matured in looks, casting directors found him a popular choice for more patrician characters, and he can be seen in 'Rumpole of the Bailey', 'Miss Marple' and 'London's Burning', while still handling a wide range of comedy from the sophisticated: 'Yes, Minister', 'Yes, Prime Minister' and the aforementioned 'The Black Adder', to the more infantile: 'The Kenny Everett Television Show', 'Rentaghost', and 'Allo Allo'.

In recent years, the dull potage of potboiler cop and doctor drama series ('Heartbeat', 'Peak Practice', Holby City')has been peppered with tastier morsels such as the 2003 modernised version of 'Canterbury Tales' and the silly but entertaining secret service series 'Spooks', or 'MI-5' as it now calls itself.