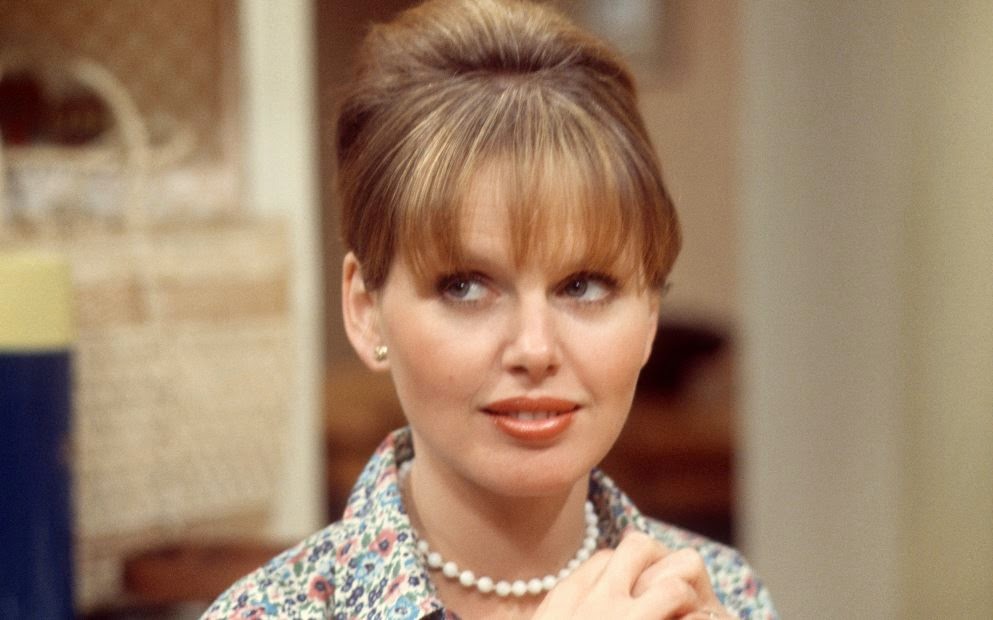 A British perennial with that winning mix of dolly-bird prettiness and an ear for comic dialogue, Patricia Brake might be familiar from the sitcom classic 'Porridge' as Fletcher's daughter Ingrid. She made an impression in one episode for her bra-less visit to Slade Prison, and later when she proves that she is wearing a bra by lifting her top up. She also appeared in the spin-off series 'Going Straight', but despite Barker and Beckinsale's best efforts the magic was noticeably absent.
As a sweet young British actress, she had been cast in the strange 1968 ABC sitcom, 'The Ugliest Girl in Town', the American network's attempt to tap into the swinging London phenomenon with Peter Kastner in drag following a London model over the pond. I don't think it was ever shown in the UK and it has come high in some 'worst TV shows of all time' lists, none of which is the fault of Patricia Brake who is glamorous and fun in it.
Very busy throughout the '60s and '70s, she appeared in dramas ranging from 'Lorna Doone' and 'Nicholas Nickleby' to the now lost David Hemmings serial 'Home Tonight' and 'No Hiding Place'. On the comedy front, she's in some you don't hear much about these days like 'Second Time Around' and 'Forget Me Not', as well as the more memorable; 'A Sharp Intake of Breath', 'Life Begins at Forty', the 1979 reboot of 'The Glums' and the aforementioned 'Porridge' and 'Going Straight'. I'm also intrigued by the sound of 'Mann's Best Friends' from 1985, with an impressive cast that features Fulton McKay, Bernard Bresslaw and Liz Smith, but I can't find anything much out about it.
﻿﻿﻿
As the '80s progressed, she moved toward soap opera and potboiler dramas with roles in 'Emmerdale', 'EastEnders' and 'Coronation Street' (as Mike Baldwin's old flame/sister-in-law), also getting one of the main parts in the BBC's shortlived 'Eldorado'. After that, there's the predictable round of 'Midsomer Murders', 'Casualty', 'Holby City', 'Doctors' and 'The Bill', but also 'The Bounder'.

Movie roles include the oddball Peter Sellers piece 'The Optimists of Nine Elms' (1973) and the wrinkly romance 'Love/Loss' (2010). In  'My Lover My Son' (1970), she played the girlfriend of an unusually timid Dennis Waterman (she seems more comfortable with her fully nude scenes than Dennis does in his y-fronts), who is trying to escape the cloying influence of his mother, played by Romy Schneider.
Patricia Brake-imdb
Posted by fiftywatts at 16:05 5 comments: 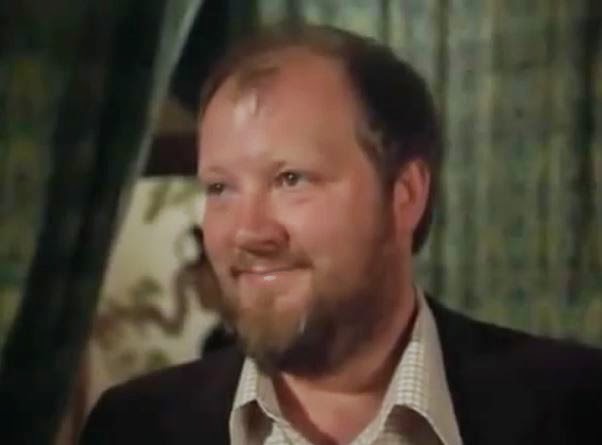 A classical actor who knows his way around his 'King Lear' and his 'Hamlet' (he plays Claudius in the bizarre Quentin Crisp 1976 version), but also an archetypal 1970s 'big bloke', often playing a plain clothes copper who's a bit handy in a scrap, or the sort of hefty hard-nut who gets up slowly in a pub to show his size, before getting an unlikely duffing-up from a leading man. Barry Stanton appears in a fair bit of TV drama from the late-'60s on, such as 'The Saint', 'Z Cars', 'The Baron', 'Manhunt', 'Survivors',  'The Protectors', 'The Sweeney', 'Minder', and 'The Professionals'. He also turns up in the sadly-lost supernatural drama serial 'Witch Hunt' from 1967, high on many TV collector's list of BBC holy grails.

In more recent years, he has been given less generic TV roles, such as his turns as a Jacondan alien in the first Colin Baker story for Doctor Who', 1984's 'The Twin Dilemma', and as Tory press officer Malcolm Warren in 'Yes, Prime Minister'. There was also the Shakespeare play cycle 'The Wars of the Roses' televised in 1990.
﻿
Film roles are also more varied: aside from 'Sweeney 2' (1978), there was Hammer horror 'Demons Of The Mind' (1972), 'Leon the Pig Farmer' (1993) and 'Robin Hood' (1991) - not the Kevin Costner 'Prince of Thieves' one from that year, another one starring Patrick Bergin and Uma Thurman. He's in the Jackie Chan kung-fu in Victorian England romp, Shanghai Knights (2003), and portrays the playwright/MP Sheridan in 'The Madness of King George' (1994).

A rare leading role came in the Roy Clarke sitcom 'Mann's Best Friends' in which he appeared with the likes of Fulton McKay, Patricia Brake, and Bernard Bresslaw. Sadly, it seems to have disappeared without a trace. He's also the splendidly over-acting postman who delivers the vampire Alexei Sayle in the 'Young Ones' episode 'Nasty'. 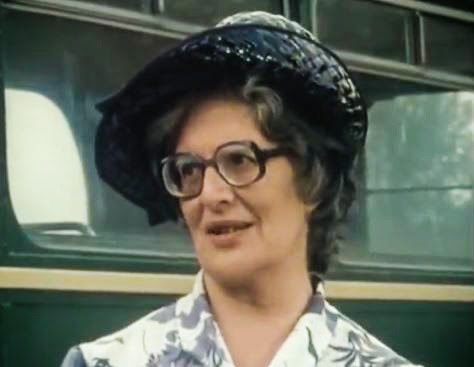 It's unfortunate in a way that this actress is best known for two of British televisions least lamented '70s sitcoms. She played the imperious and disparaging Miss Courtney in 'Mind Your Language', and the curious figure of Aunt Joan in 'Never The Twain'. Other roles include the Widow Attacliffe in an episode of 'Last of the Summer Wine', and one-offs in 'Grange Hill', 'Lovejoy', 'Terry & June' and 'Metal Mickey'.

Hints of something better include roles in 'Within These Walls', 'Tales of the Unexpected', Victoria Wood's television shows - VW almost always has a good eye for actors - and an early part in Jack Rosenthal's 'Spaghetti Two Step' when it was televised by Yorkshire TV in 1977.

She certainly deserves a salute.