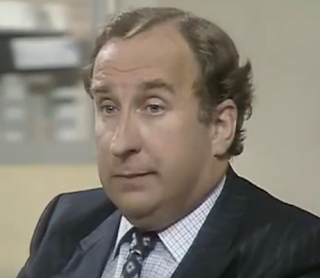 Delighted to find that this instantly recognisable actor is still going strong with the Royal Shakespeare Company. He was the link between 'Danger Man' and 'The Prisoner' playing the same character, Potter, and was a natural for 'The Avengers', 'The Saint' and 'Jason King' playing pompous, officious, charming and effete characters with equal brio and verve. Mix in an impressive high-brow and low-brow CV ranging from 'Rumpole' and 'Poldark' to 'When The Boat Comes In' and 'Dick Turpin' and you have a one-man history of British television. A stalwart.

He portrayed the memorable Henry Jago in the classic 'Doctor Who' story, 'The Talons Of Weng Chiang' in 1977, teaming up with the late Trevor Baxter's Professor Litefoot so successfully that the pair became spin-off characters 'Jago & Litefoot' with their own canon of adventures.