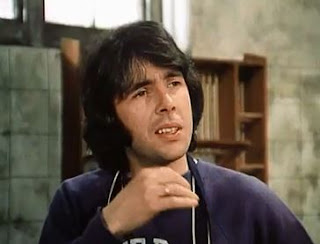 The fun-loving, trendy face of the 1970s sitcom, well-known from 'Man About The House', 'Robin's Nest', and 'Doctor At Large', he was also a child actor in 'Cleopatra' opposite Elizabeth Taylor, and appeared in 'Carry On Teacher' (1959) and 'The Young Ones' (1961).
He's a bit of a household name compared to some actors I've been saluting, but he has fallen on hard times following a serious stroke and now lives in showbiz sheltered housing in south west London. If you're old enough, he's probably a part of your life, and I wish him well.