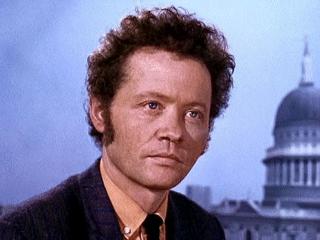 The disconcerting, pug-faced Mr Sutton will be familiar to many as the eccentric Tinker from 'Lovejoy', but before that he was best known for a string of menacing, unstable young tearaways and sinister villains in some of the UK's most interesting TV and cinema. Notable films include 'The Leather Boys' (1964, as one of the screen's first openly homosexual characters), 'The Boys' (1962), 'A Town Called Bastard' (1971), 'Brimstone & Treacle' (1982), and of course Ken Russell's 'The Devils' (1971). His TV career covers the classic territory of 'The Saint', 'The Baron', 'Department S', 'Strangers' and of course, 'The Sweeney'. He was particularly good as the sinister Connie Rosenthal in 'Shine On Harvey Moon' and as the sardonic schoolteacher, Mr Carter, in 'The Beiderbecke Trilogy' by Alan Plater. I haven't seen the Gillingham FC movie 'The Shouting Men' (2010), so I won't mention it. 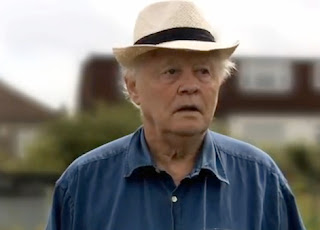